Imagined conversations between Julia Neville and some of the women who she ‘meets’ in the course of her researches. The content of the ‘conversation’ is based on items originally featured in archives and local newspapers. This month’s ‘interviewee’ is

Good morning, madam, what can I get you? Well, fancy that – Miss Neville, isn’t it? I remember you. You were one of the teachers down at Rack Street Infants when our Maud and our James were there, weren’t you?  I remember you bringing James back home once when he’d cut his knee in the playground, and coming in to put another bandage on. He was no more than a tot then, can’t have been at school long.

Yes, you’re quite right, we were living at our shop in Preston Street then, at no 19. A wardrobe dealer’s it was to start with, a lot of second-hand stuff from house clearances and what people brought in. Nowadays I do a lot more haberdashery. There’s always a place in the West Quarter for someone who doesn’t mind selling in small quantities – a single button, a short piece of ribbon. Not everyone can afford to buy a whole length, or a set of buttons like they sell in the High Street shops. And now the Lower Market is so run down there’s no one selling haberdashery there on a regular basis, only on a Saturday.

I set that shop up when Mr Ward and I moved out from his mother’s after the war. James was just a fish hawker then, with a barrow, and as the family grew we needed all the money we could get. (It’s ten children now and, as you can see, another one on the way!) Anyway, Mother Ward ran a shop herself, groceries and so on, and she taught me about business and got me set up on my own. Her shop was right across the road, so I could always run over and ask her something.

Well, this fishmonger’s is James’s shop really – I’m only helping out. James was a carpenter by trade, but when he and his mam moved down here from Bristol, he took up selling fish. In fact, you could say we met through the fish trade, because my family have always been fish hawkers so he got to know my brothers first. There’s always a lot of nice fish down on the Quay if you get there early enough, and plenty wanting it up in town. Down to the Quay, make a deal, push the barrow up the hill, start selling. Of course, it’s a bit of a nuisance that you can’t pick a pitch and stand there, you have to keep moving on, but if you’re smart like James you get on all right.

Once we’d got the shop going on Preston Street James managed to get a stall in the Higher Market, much better than the barrow! Then Mother West died, just a few months back, and she left us a bit of money so we moved my shop across the road into hers and took out the lease of this one. We’ve only been open here a few weeks.

Yes, it’s much better here on South Street than in the Market. A nice counter, and plenty of storage space behind and it’s on a main street not hidden away in the market hall. So there are more people passing or coming down from the tram. I said I’d come up here to help out at least for the first few months, though what I’d really like to do is to move my draper’s business up here too.

Well, it is something of a family business. My sisters come and take a turn serving. And my three eldest, Reg, Vi and Nell, they’re all old enough to work here now, so Reg does deliveries on his bike, and the girls take a turn in the shop. Emily, that you’ll remember, she may come too when she leaves school next year, though she’s a bit funny about fish. Wants to get apprenticed to a milliner instead. You can’t afford to turn up your nose at the fish trade, my girl, I say to her, it’s kept us going all these years.

So, what can I get for you today?  Whiting, is it? There’s a nice large one there, do three portions easy. Yes, I’ll fillet and skin it…that’ll be 1s 2d…thank you. 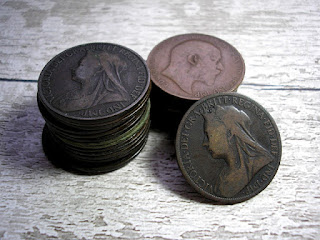 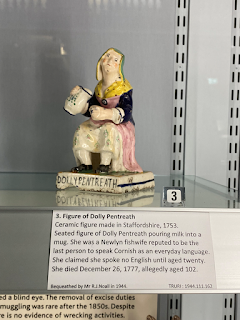 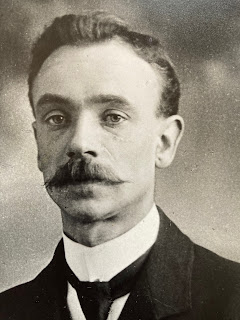 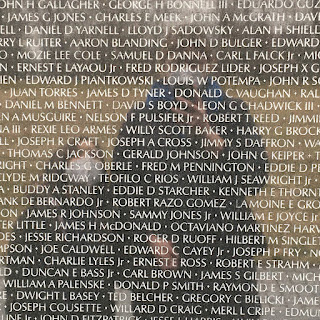